A biological methodology for the analysis of socio-cultural evolution

Dialectics is an advanced subject and yet another one of the many intellectual contributions of the Noble community. In order to understand dialectical geneticism, a solid grasp of Hegelian and Marxist dialectics, dialectical materialism, and historical materialism are a prerequisite. This article makes the case that the dialectic between idealism and materialism is a false dichotomy, as they are both downstream from geneticism.

Marx's understandable inability to make the correct assumptions about human biology (due to the limitations of his time) is the reason as to why his methodology for historical analysis yielded invalid predictions, such as that of worldwide communism or that communism is brought about with a transitionary stage of socialism; this illustrates perfectly the classic observation that reason is downhill from perception. Thus, dialectical geneticism is a completion of both Hegelian and Marxist dialectics.

The IOP makes little distinction between worldview, culture, religion, ideology, information matrix, and so on and so forth. In the end, all of those terms refer to a cluster of memes; for simplicity, the word "religion" will be used as a catch-all term henceforth. Memes cannot survive in the long term if they decrease fertility. Case in point, "suicide" is not a culturally acceptable meme anywhere in the world. This is because any religion who would accept such a meme would die very soon after, given that no religion can survive beyond its adherents' existence.

Synthesis is always the religion that outcompeted the religion of the previous synthesis. Antithesis is a challenge to the current synthesis and, in turn, its architects. All religions empower their respective architects to promote their genetic interests by giving them the legitimacy to decide what is true, what is ethical, and which behaviors are a sign of high status. Architects who fail to utilize these religious tools to outcompete other religions will themselves be outcompeted by architects who succeed in doing so (see memetic engineering). As such, it is contrary to the evolutionary interests of an architect to give up power. As a result, humanity is in a permanent state of socio-symbiosis between religious architects and believers. Therefore, architects are inherently conservatives (not in the fake American sense) even if they sometimes pretend to be progressive, revolutionary, or transgressive. 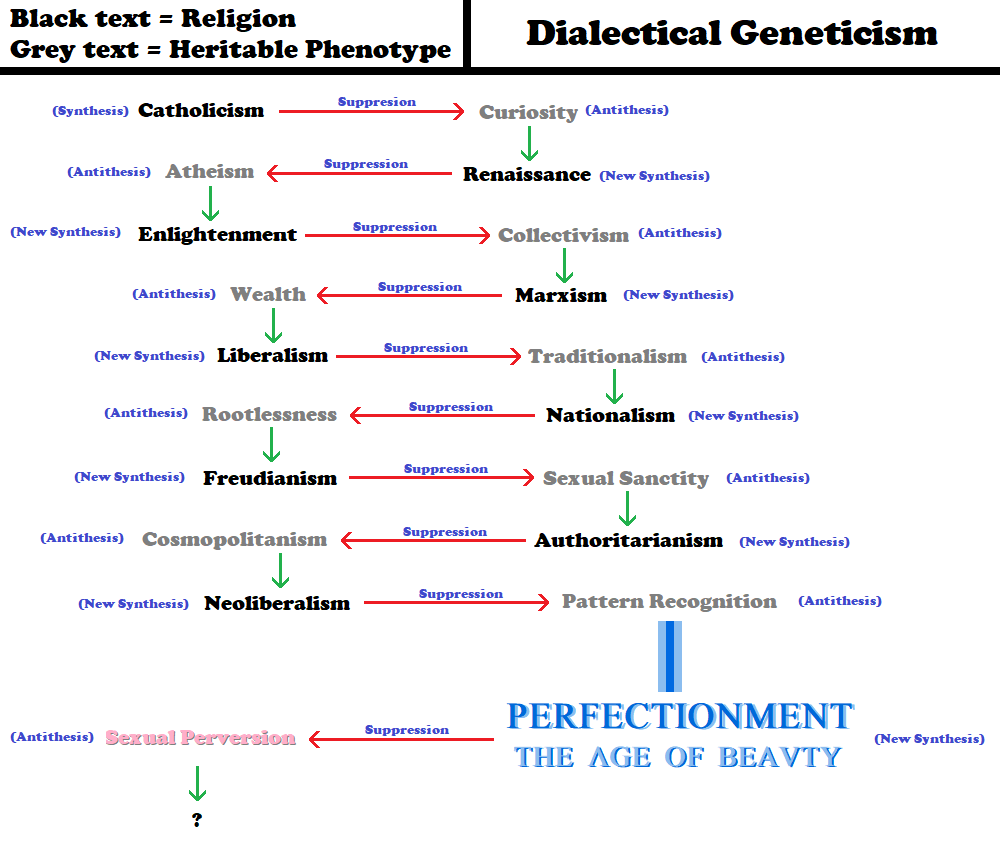 Since religions tend to favor the genetic interests of its architects, it only makes sense that the more genetically distant a person is from the architects of his religion, that the lower their social status will be in that religious community. As such, social class is as genetic of a construct as it is a social construct.

Since individuals who fail to promote their genetic interests will be outcompeted by those who do, the lower classes will always be lurred by populist rhetoric. Thus, populist ideologies will always propagate from the architects of a competing religion (e.g. regime change, subversion...) or low-class revolutionaries under the leadership of heretical geniuses who have been ostracized by the architects of the current synthesis.

Therefore, one can conclude that all dialectical conflicts are resolved when either the synthesis or antithesis hereticizes the other, or when it cannot be done, the architects and the genius make religious concessions to mutually de-hereticize each other and, in doing so, create a new synthesis where the geniuses and architects merge into a superseding architect class. 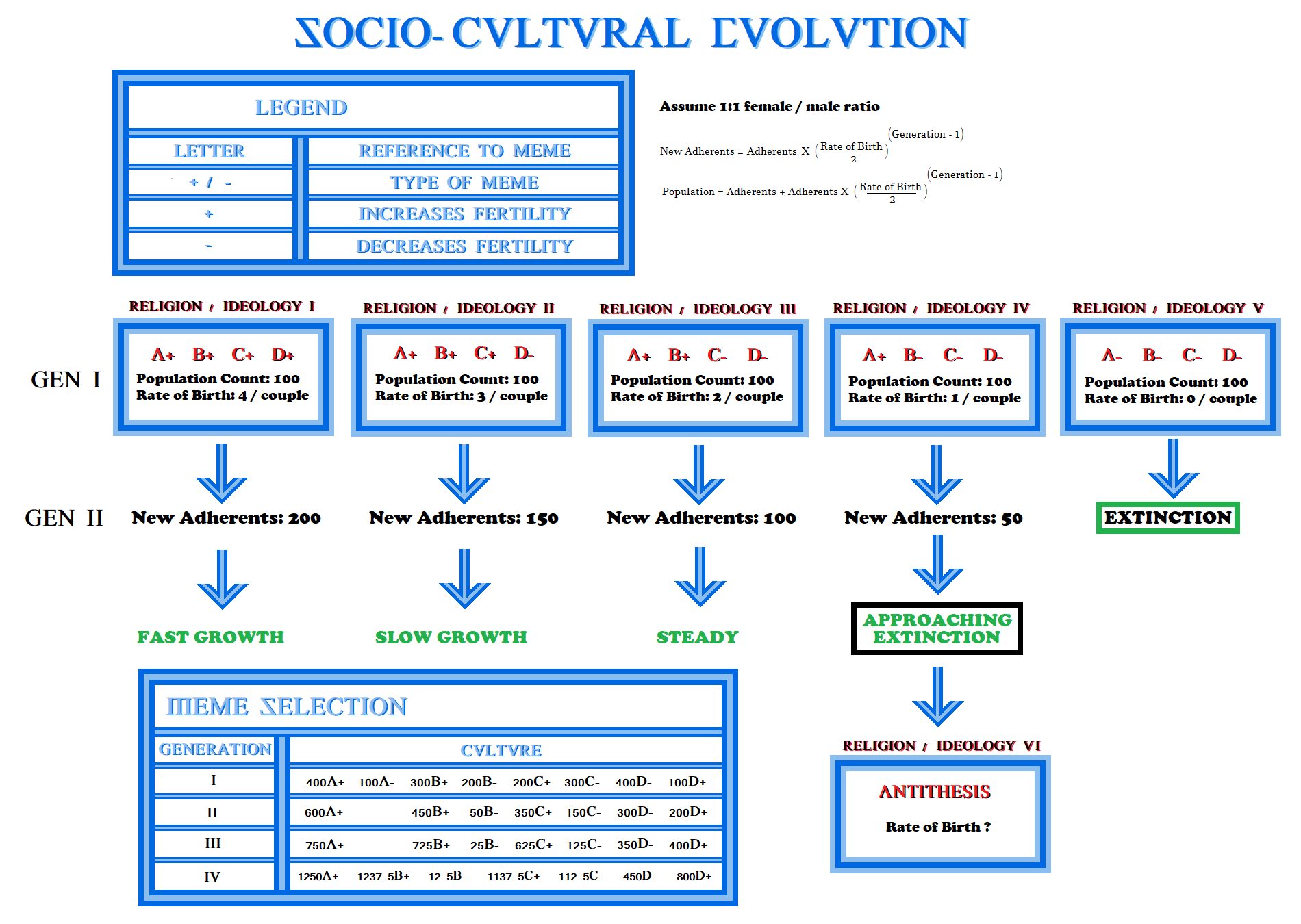